Where The Truth Lies by M.J.Lee - Blog Tour 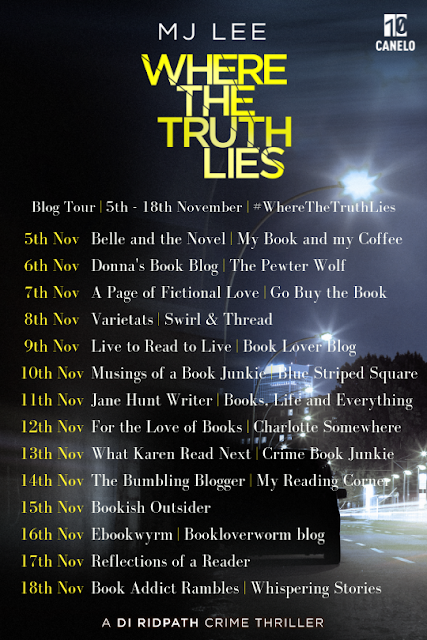 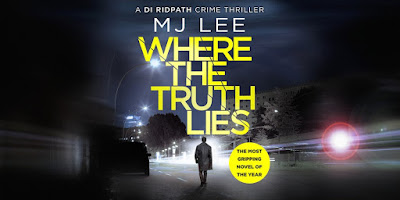 A killer in total control. A detective on the edge. A mystery that HAS to be solved.
DI Thomas Ridpath was on the up in the Manchester CID: a promising young detective whose first case involved capturing a notorious serial killer. But ten years later he’s recovering from a serious illness and on the brink of being forced out of the police. Then people start dying: tortured, murdered, in an uncanny echo of Ridpath’s first case.
As the investigation intensifies, old bodies go missing, records can’t be found and the murder count grows. Caught in a turf war between the police and the coroner’s office, digging up skeletons some would rather forget, Ridpath is caught in a race against time: a race to save his career, his marriage… And lives.
When a detective goes missing everything is on the line. Can Ridpath close the case and save his colleague?

My Thoughts
This had been a compelling read; full of surprises, twists and real characters, you only need to discover Where The Truth Lies...
This is a detective procedural book, but you don't feel like a simple observer, the characters felt so real that you feel totally involved in this horrifying case. Because even if DI Thomas Ridpath has some health problems and he has been transfer to the coroner's department, he can not stay away from a good mystery!
The story begins when an old case where DI Thomas Ridpath made the arrest. It seems that maybe the killer had been free all this time and an innocent man has been held in prison for more than 10 years... But, how was it possible that the investigation was so wrong and didn't discover that there were irregularities on the case? Of course you'll have to read the book if you want to know the truth.
The story is told between the "killer" and how follows all the steps for the correct killing, and our detective Thomas Ridpath, who after seeing his life passing away in front of his eyes, will take us to a trip of all his memorable memories of his life, making the reader more invested in the character and feeling all his suffering and troubles on our own skin.
The case is quite dark and troubling, starting from an empty coffin and ending in a body's farm... really be prepared for a twisted case, but an amazing read.
I would like to say I really liked this book, I hope this will not be the last case we read of DI Thomas Ridpath, I can't wait to read a new case!

Martin has spent most of his adult life writing in one form or another. As a University researcher in history, he wrote pages of notes on reams of obscure topics. As a social worker with Vietnamese refugees, he wrote memoranda. And, as the creative director of an advertising agency, he has written print and press ads, tv commercials, short films and innumerable backs of cornflake packets and hotel websites.
He has spent 25 years of his life working outside the North of England. In London, Hong Kong, Taipei, Singapore, Bangkok and Shanghai, winning awards from Cannes, One Show, D&AD, New York and London Festivals, and the United Nations.
Whilst working in Shanghai, he loved walking through the old quarter of that amazing city, developing the idea behind a series of crime novels featuring Inspector Pyotr Danilov, set in 1920s and 30s.
When he's not writing, he splits his time between the UK and Asia, taking pleasure in playing with his daughter, practicing downhill ironing, single-handedly solving the problem of the French wine lake and wishing he were George Clooney.