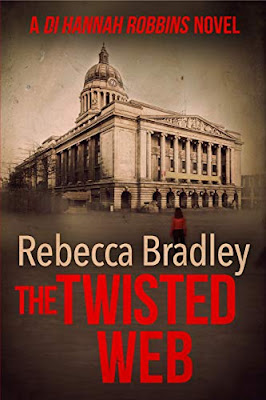 A social media shaming. A killer with a message. A deadly combination.
When the body of a man is left in the city centre set up as a realistic police crime scene, DI Hannah Robbins is forced to enter a world that can break a person, a case and a reputation.
Social media platforms light up and Hannah is pitted against the raging online monster and a killer who has already lost everything.
Can she catch the killer and put him behind bars or will she become part of his sadistic game?


This had been a slow paced mystery, involving social media pressure and a quite active killer that doesn't have any remorse to kill. Ready for the Twisted Web?
Since the beginning we will know who the killer is, but this is not the important part of the story. Instead, the relevant aspect is how our D.I. Hannah Robbins doesn't stop investigating till she discovers the truth and the motives of the killer. Because sometimes, is much more important discovering why someone crosses the line between "anger" to "killing" than discover the person who really did it, don't you think?


Reading a mystery were the detectives feel real and human is always a good point for the reader, in this case we will see some "personal" problems with our detectives, but how they try to work with their problems and how they try to solve them makes the reader more involved in the story.
Be prepared for a nail bitting story, that will surprise you, not only for the case but how the author involves you on the story, a totally twisted web!


This is the 4th book of the D.I. Hannah Robbins series, I haven't read any of the previous books, but I loved this book, the characters are well explained and you don't feel lost with the connection of the detectives, so don't be afraid to start this series on this book, it is worth the read! ;) 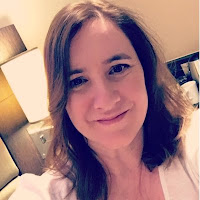 Rebecca is the author of four novels in the DI Hannah Robbins series, Shallow Waters, Made to be Broken, Fighting Monsters and The Twisted Web as well as a standalone thriller, Dead Blind.
She lives with her family in the UK with their two Cockapoos Alfie and Lola, who keep Rebecca company while she writes. Rebecca needs to drink copious amounts of tea to function throughout the day and if she could, she would survive on a diet of tea and cake while committing murder on a regular basis.
After 16 years service, Rebecca was medically retired from the police where she finished as a detective constable on a specialist unit.
Rebecca now runs a consulting service where she supports crime writers in making sure their fiction is authentic so they can get on with telling a great story.