Her Final Breath by Robert Dugoni 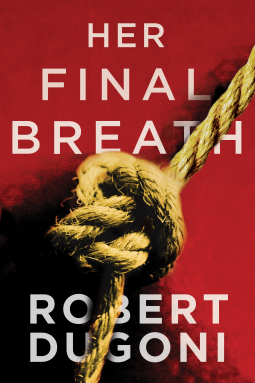 Tracy Crosswhite's problems started with a knot. Is a killer following her or just trying to make an statement to the police? The problem is that it seems that now they have more bodies than before... would they be keen enough to catch this killer or will they fail noisily?


"Organized killers try very hard to blend in, to lead seemingly stable lives. They don't kill out of passion or anger. They're methodical and they're intelligent. Some have a working knowledge of police work and forensics, and, unlike other killers, they don't tell anyone what they're doing. They don't want to be caught."

This is my first Robert Dugoni book, and I can only say, I love it! This is a MYSTERY THRILLER in capital letters!
A sleuth detective, a psychopath villain and a good mystery to investigate, the perfect recipe to keep you immersed through the book from the beginning till the end!
This is not the first book of the Detective Tracy Crosswhite, sometimes you wonder what are the real bonds between the characters, but this will be just another incentive to read more books of the writer Robert Dugoni, because after reading this book you will want to read all the whole saga!
I found Tracy to be quite a character, but she knows that the only way to discover the whole truth is by following her gut and investigate all the cases involved with the mysteries even if her movements make some people furious...
Are you keen on knots? Are you our psychopath?