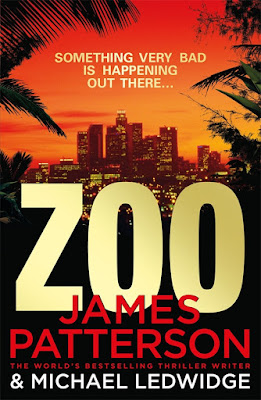 I have started to read this book after watching the tv series Zoo. It is a quite original series compared to the other ones, so I was quite interested in the plot and wanted to know more.
Ii is a story where the animals are starting to attack humans and acting very strange. Jackson Oz is a blogger who is researching HAC, the aberrant animal behaviour, while the other scientists despise his theories. But after a few animal attacks, Oz theories doesn't seem just a joke, reality starts to overtake fiction. Would the human race won the war against the other animals or would we die trying it?

This is a fiction book, curious, original but for now just fiction. It reminds me of a book I read a long time ago called "The Swarm" from the author Frank Schätzing where all the living species in the sea conspire to eradicate the human race, after all the disasters we made to their environment. It was curious reading a book from the animals point of view, always attacking humans with a killing purpose.
This is my first book written by James Patterson, it had intrigued me and make me wonder how bad are the new technologies affecting our environment. Could it be that in a few years we will have trouble with the animals? Would we start feeling the symptoms too late to defend ourselves?
I hope this will be just one more fiction book...