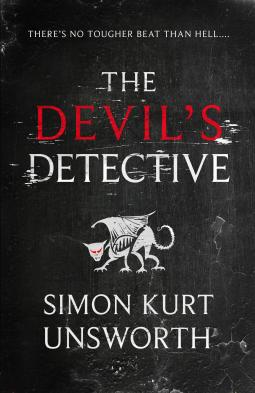 A dark world full of demons and humans in despair where hope or happiness doesn't exist.
Fool is an "Information Man" send by the Hell's council to investigate a blue light and a murder in Hell's land. No one is interested in helping him, but he will have some curious allies he never thought. For the first time in his career he is motivated to solve one case, will it be the only one he will solve in his career? You will have to read to book to know the answer!

"Elderflower," Fool called, knowing he shouldn't speak but letting the burn inside him power the words. "You send us the tube, and it tells us that there's a body here, that there's been another blue flash. Where there witnesses?"
Elderflower turned but didn't come back toward them. "No," he said, another unquantifiable look on his face.
"Then how did you know? About the murder, and the flash?"
"Because this is Hell, Thomas. This is Hell and this is a place where things are known without understanding the knowing."

This is Hell, where demons eat humans, and humans are mere souls with no hope or intention to live.
I was surprised with all the details and the profundity of the characters, while you read you feel transported to a dark world where you are just a chess piece. The questions are never answered but there are always commands to follow.
Fool is a cynical detective trying to solve a murder, knowing that in any moment he could be killed. The visit of two Heaven's servants will complicate more the situation in Hell, making Fool's investigation quite difficult and dangerous.
This is a world where everything is controlled but no one is interested in following the rules. Maybe this fiction book is not so different to our reality, where the governments know everything but they just release the information they want whenever they want, knowing exactly which will be the consequences.
Are you a Fool?