The Final Minute by Simon Kendrick 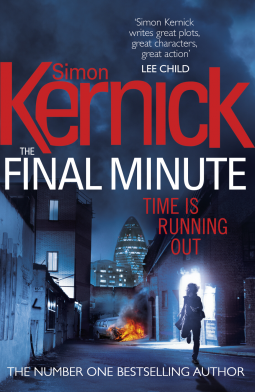 A man wakes up with a scary nightmare, two bodies and the feeling that he killed them... He had no memories of the bodies or his life before the accident, just what his sister and doctor had told him, but is it the truth or they are hiding something from him?
Tina Boyd is a PI investigating the disappearance of a young girl, she has been missing for a few months now...
Could it be that these two successes are related somehow? We'll see...

"Sean had real powers of persuasion too. She remembered that about him from the first time round. They'd hardly known each other but, unlike most men, he'd really got under her skin. He was looking at her intently now, and she know just how dangerous someone like him could be. But his story was seductive, and it appealed to that self-destructive part of her she'd been working so hard these past years to suppress, but which never truly went away.
'Ok,' she said, 'I'll help you.'
And with those words she set herself on a path whose final destination would haunt her for a long, long time to come."

This is my first Simon Kernick book, I haven't participated in any of the Tina and Boyd books before, but it seems that they have some history together, good and bad, I will have to take  look at the other Simon books!
This is a non-stop thriller; with killers, mafia and some political issues mixed. You will not be able to stop running until you know where are the bodies hidden, and why they are so important!
Can you imagine waking up in a hospital with no memories? I would be so scared... don't know if the person you are trusting is telling the truth... this book has some similitude with Before I Go To Sleep from S.J. Watson. Both of them trapped in a blank page with some scary dreams and no one to help them!
If you are planning to read this book, remember that you will need 24 hours free, because this book will hook you till the end!

Ready to remember your worst nightmare?.